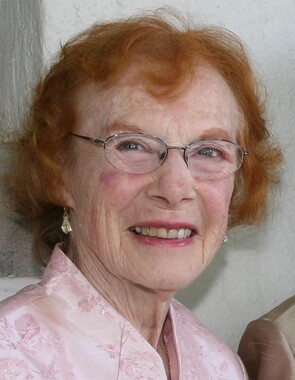 Back to Alice's story

Alice "Lucy" (nee Pearson) Zimmerman, beloved wife of the late Leo C. Zimmerman, loving mother of Dan (Denise) Zimmerman, adoring grandmother of Andy (Meagan) Zimmerman of Oxford, OH, Chris (Lara) Zimmerman of Fort Wright, KY and Kory Zimmerman of Oxford and four great grandchildren, Aiden, Colton, Oliver and Frank. Preceded in death by her parents, Silva M. and F. Ray Pearson, brothers, Paul Pearson and Lawrence Pearson, a stepsister, Betty Robbins and stepbrothers, Robert Loy and Don Peters and a great grandson, Brooks Zimmerman. She passed away on February 1, 2020. Alice was born May 30, 1923 in Miami County, Ohio. Alice and Leo were married on February 14, 1948 in Tipp City, Ohio. A housewife and worked with Leo on their family farm near Pleasant Hill in Miami County, Ohio. She also drove a school bus for 18 years for Newton Twp School. After Leo's death in 2003, Lucy sold the farms and moved to Anderson, IN, so she could be closer to her beloved Camp Chesterfield where she became a Reverend in the Spiritualist Church. Lucy enjoyed planting flowers at the Camp, volunteering at various activities and building lifelong friendships with the many people she met there. Thankful for her special friends, Pam and Dan Mote, Pat Little, Janet Speck, Letha Brogdin, nieces Kathy Lutz and Joy Higgins and many, many other friends she held near and dear to her heart. The family wishes to express their heartfelt appreciation to the staff at Woodland Country Manor for their special care of Lucy during her stay at their facility. A memorial service will be held at Camp Chesterfield at a later date to be decided by the family. Contributions may be made in Lucy's memory to Camp Chesterfield c/o Building Fund, 50 Lincoln Drive, Chesterfield IN 46017. Online condolences and expressions of sympathy may be made to www.oglepaulyoungfuneralhome.com
Published on February 5, 2020
To send flowers to the family of Alice Zimmerman, please visit Tribute Store.

Send flowers
in memory of Alice