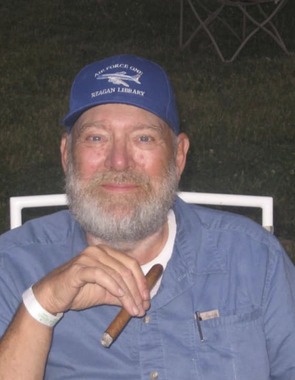 Back to Barry's story

Barry Ray Fair Sr., age 80, of Pendleton, Indiana, passed peacefully on Feb. 5, 2020. He was born June 11, 1939, in Reading, Pennsylvania, to Raymond and Mildred (Haggerty) Fair.
He graduated from Lebanon (PA) High School in 1957. Afterward he joined the Air Force for 8 years first as an In-flight mechanic then as a computer technician. While in the Air Force he met his wife of 60 years, Florence (Kopala).
He then worked for IBM where he started as a service technician and then in the engineering department. He was on the team that designed the airplane transponder in the 1970s and then went on to co-design the first color monitor chip in the mid 1980s. Before he retired he was working with fiber optics for computer communication.
After he retired from IBM he became a truck driver and worked for various companies ending with Carter Express in Anderson, Indiana.
In addition to his wife he is survived by his children, Barry Jr. and wife Karmen (Glaze) of Pendleton, Indiana, Carolyn Carroll of Clearlake, California, and Janice Fair of Elizaville, New York; grandson, Jacob Fair; brothers, Marshall (wife Cathi) Fair of Lancaster, Pennsylvania, and John (wife Brenda) Worden of Landisville, Pennsylvania; and sister, Shari Adams of Vandalia, Georgia.
He was a lifetime member of the Red Hook, New York VFW where he served as commander and county (Dutchess, NY) commander. He was a lifetime member of the American Legion. He also was a member of the Pendleton, Ind. AMVETS Post 26 where he had many friends.
He donated his body to IU Medical for research and will be cremated, so there will be no funeral. A celebration of life will be held at 2 p.m. Feb. 29, 2020, at the Pendleton AMVETS.
The family asks that any donations to be made to any veterans group.
Published on February 6, 2020
To send flowers to the family of Barry Ray Fair, please visit Tribute Store.

Send flowers
in memory of Barry

A place to share condolences and memories.
The guestbook expires on May 05, 2020.

Lori Mendenhall
I'm so sorry for you and your families loss. I love that man!!! He will always have a special place in my heart, fond memories, joy and never forgotten! Love, light and prayers for all. Fly high Barry Sr.!
View all