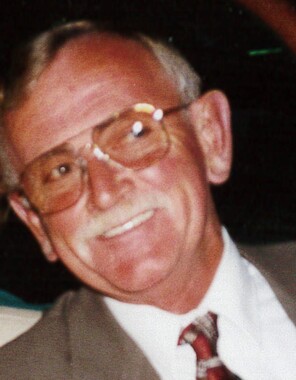 Back to Billy's story

Billy Gene Smith, age 76, of Anderson, passed away on Jan. 14, 2020. He was born on July 10, 1943, to the late Willie H. Smith and Lois Smith.
Post-graduation from Greensburg, Kentucky High School, Billy served in the United States Marine Corps for four years. He was a Marine veteran. After his time serving, Billy worked as a carpenter for most of his life. Billy was always ready to lend a hand for anyone in need. He loved planting flowers, growing vegetable gardens, and especially loved woodworking. He enjoyed playing corn-hole with friends and family at any function. Billy was a member of the 127 American Legion for several years, serving three years as the First Vice and two years as a commander.
Throughout life, Billy was extremely close with and had a special bond with his in-laws. He loved being a part of the Garrett family. He has a great relationship with his brother-in-law Steve. Billy was a wonderful husband, father, grandpa, brother and friend. He will be deeply missed by all who knew and loved him.
Billy is survived by his wife of 28 years, Phyllis (Garrett) Smith; son Sammy Smith, grandchildren Dasya and Sam; daughter Pamela Kirk (Kelly), grandchildren Kelly Smith, Landan Kirk, Aspen Kirk (Mahailey), Brakenna Kirk, and Ivy Kirk; grandson Trenton Smith; great-grandchildren Aaliyah Tillman, Grayson Tillman, Drayden Kirk, Bryson Bell, Jaxon Kirk, Zaylon Kirk, and Kellen Kirk; siblings Herman Smith Jr., Raydean Smith (Margie), and Wanda Branham; nephews Doug Smith (Ronda), Mike Smith (Susan), Timmy Smith, Greg Smith (Valette), Ricky Smith (Linda), Pat Smith (Angie), and Stuart Branham; special brother-in-law Steve Garrett, his children Jason and India, and Steve's grandkids Shay, Emma, and Myiah Seaton; special ex-daughter-in-law, Donna Nuszbaum; and several great-nieces and nephews,
He is preceded in death by his parents; in-laws; son, Johnny Lee Smith; great-grandson, Storm Garrett; brother-in-law, Sherman "Tack" Branham; and sister-in-law, Joyce Smith.
A visitation will be held on Tuesday, Jan. 21, 2020, from 4-8 p.m. at Legacy Cremation and Funeral Service - Anderson. Additional visitation will be held from 1-2 p.m. on Jan. 22, 2020, with a funeral service beginning at 2 p.m. at Legacy Cremation and Funeral Service - Anderson.
Published on January 20, 2020
To plant a tree in memory of Billy Gene Smith, please visit Tribute Store.

Plant a tree in memory
of Billy

A place to share condolences and memories.
The guestbook expires on April 19, 2020.

Norma Atkinson
Phyllis, I just heard about your husband. So sorry for your loss. May God bring comfort in this difficult time.
lynell van winkle
sorry to hear about Billie, i will miss him.
View all