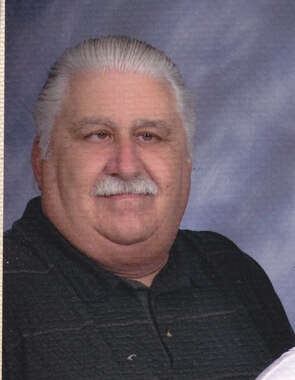 Back to Charles's story

Charles Richard "Rick" Gates, 72, of Alexandria, died Jan. 3, 2020, at Community Hospital after an extended illness.
Rick was born Jan. 6, 1947, in Charleston, West Virginia, the son of Charles R. Gates and Alma Laura (Pritt) Johnson. He was a pipefitter and plumber 53 years before retiring.
He was a member of Alexandria First Baptist Church in Alexandria, Frankton and Daleville Masonic Lodges, Daleville Order of the Eastern Star, Indianapolis Valley of the Scottish Rite, president of the Munseetown Federal Credit Union and Plumbers and Steam Fitter's Union 440.
Rick is survived by his wife, Brenda Joyce (Knapp) Gates of Alexandria, whom he married Sept. 2, 1967, in Cedar Grove, West Virginia; son, Roderick (Amy) Gates; daughter, Sarah (Robert) Haley; sister, Judy (Wayne) Davis; sister-in-law, Glenda Gates; five grandchildren, Jacob, Brenna, Lily, Ben and Evan; several nieces and nephews.
He was preceded in death by his parents; his brother, Fred Gates; sisters, Shirley Stapleton and Barbara Brake; and a grandson, Toby Baker.
Funeral services will be held at noon on Wednesday, Jan. 8, 2020, at Rozelle-Johnson Funeral Service with Pastor Michael Deutsch of First Baptist Church in Alexandria officiating. Burial will follow in Anderson Memorial Park Cemetery.
Visitation will be Wednesday two hours prior to the service.
Memorial contributions may be given to Alexandria First Baptist Church Building Fund.
Post online condolences at www.rozelle-johnson.com.
Published on January 6, 2020
To send flowers to the family of Charles Richard Gates, please visit Tribute Store.

Send flowers
in memory of Charles

A place to share condolences and memories.
The guestbook expires on April 05, 2020.

Paul and Lynn Thornburg
Just learned of Rick’s passing. So sorry for your loss. MRP
Our thoughts and prayers are with you.
Chuck & Julie Davis

Dear Joyce, We are so sorry to for the loss of Rick. We were not aware he had been ill.
The credit union meetings will not be the same without his
leadership. He also brought a unique humor to any conversation. May you feel the presence of The God of All Comfort ad you grieve the loss of your companion.

Beautiful in Blue was purchased for the family of Charles Richard Gates.  Send flowers