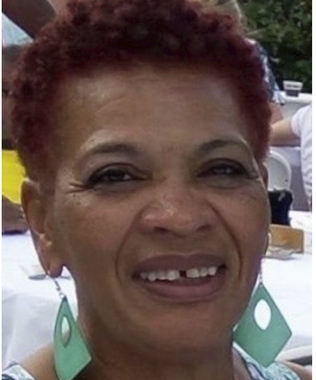 Back to Cynthia's story

Plant a tree in memory
of Cynthia

A place to share condolences and memories.
The guestbook expires on April 14, 2020.

Shirley Clemons
Cynthia had the sweetest spirit about her. My sympathy to all the family and friends. We will certainly miss her and to God be the glory for the life she lived!
Napoleon Meadors III
Sorry for your loss. Praying for strength and comfort for the family.
Dj Taylor
Was always a great 2nd grandmother, very wise very optimistic
Rev Aj johnson
To the entire Jackson family may the Grace and the love of God watch over you all,And this time of bereavement.
Ella Daphane

My condolences to my family. I love you.

Fay Barber-Dansby
Condolences to Harrison and Teresa, siblings and entire family from Dr. Matilda J. Barber, Fay, Robin, Thomas and Alex. Love you.
Darlene Harrington
My big cousin/sister has gone home , absent from the body is to be present with the Lord. I know she is resting . It just hurts deeply to say goodbye . Cuz I’ll see you on the other side! I Love you ! Love you family !
-Dar-
JR Martin
What a wonderful woman in Christ. She was very kind and had a heart after God. To the family I pray for peace and that you always honor and cherish the beautiful memories she left behind. She was very special.
Michelle Muhammad (Brunswick, Ga)
May Allah be pleased with Mother Queen. What a beautiful soul she was. Brother Harrison, Sister Jalana and family...May Allah provide Love, Light, strength, comfort, and encouragement to each of you.
Teresa Streeter

Sorry for your loss praying for you all

Patricia Davis
My heart goes out to you Larry and Teresa. I have known your Mom since I was a kid. She was a very special lady. My prayers are with you and may the Lord give you peace and understanding.
View all