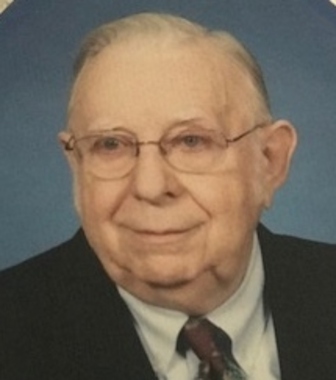 Back to Dr. Richard's story

On Jan. 30, 2020, Dr. Richard Eugene Harrison passed away in his sleep in Brewster, New York. He was born May 26, 1927, to Bethel Stottlemyer Harrison and Hugh P. Harrison Sr. Graduated from Anderson High School as vice president of his senior class in 1945. Drafted in the Navy that summer as a "Seabee," trained in underwater demolition and as an electrician. He married Dorothy May Hallett in August 1949 who preceded him in death in 2003.
Richard graduated from Indiana University, Bloomington campus, with BA in Zoology in 1951. He graduated from Indiana University School of Dentistry in 1955. He was proud to be a life member of the Indiana University and School of Dentistry Alumni Associations. He served for 41 years in the Anderson Kiwanis Club and was a past president. He volunteered his dental skills to the Anderson free dental clinic each week to help people who needed care but did not have the means to do so.
As an active member of the First Presbyterian Church, he served as a deacon, trustee, elder and on numerous committees spanning over 40 years.
He served in the Madison County Cerebral Palsy Foundation and was a past president. He served in the Madison County Dental Society and was a past president. He served in the East Central Dental Society and was a past president.
He volunteered his talents in Boy Scouts of America for more than seven years to encourage the youth in Anderson to appreciate the great outdoors. He attained the Wood Badge award.
He was a passionate advocate of the 2nd amendment of the Constitution of the United States and was a life member of the National Rifleman's Association. He was a life member of the National Dental Society and was a past president. He retired from dentistry in 1992 at the age of 65.
As an avid coin collector, he was active in the Madison County Coin Club as secretary for years. He was a member of the Central States Coin Club, Marion County Coin Club, Indiana State Coin Club and the National Numismatic Society. In 1992 he purchased a partnership in the Anderson Coin Shop and was a registered coin dealer and appraiser.
Richard and Dorothy raised four children in the Anderson area. His surviving children are happily married living in Anderson, Colorado and New York. He was blessed with nine grandchildren; seven great-grandchildren; and two great-great- grandchildren.
He will be laid to rest beside Dorothy in Maplewood Cemetery in Anderson.
A memorial will be held May 23, 2020.
In lieu of floors, donations can be made to The Christian Center, 625 Main St., Anderson, IN 46016.
Published on February 8, 2020
To send flowers to the family of Dr. Richard Eugene Harrison, please visit Tribute Store.