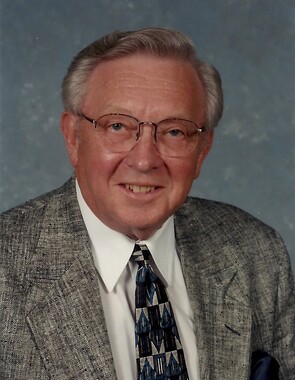 Back to Dwight's story

NOBLESVILLE [mdash] Dr. Dwight L. Dye, 88, died June 5, 2019, at Prairie Lakes in Noblesville, following a long illness. He was born Jan. 29, 1931, in Parkersburg, West Virginia, to Clyde and Pearl (Marshall) Dye. In 1951, Dwight married Carolyn Sue Priest in Anderson.
Dwight graduated from Anderson College, received a master's degree from the University of Tulsa and an honorary doctorate from Warner Southern. He pastored a church in Pryor, Oklahoma, before founding Westridge Hills Church in Oklahoma City, after which he pastored Eastside Church of God in Anderson for 15 years.
In 1984, he became executive director of Christians Broadcasting Hope, the Church of God's international radio ministry. Under his 11-year leadership, the worldwide reach of the broadcast expanded to include programming in eight languages around the world.
Survivors include his wife, Carolyn Sue Dye; daughter, Linda (John) Ellis of Noblesville; son, Mark Dye of Carrollton, Georgia; grandsons, John Ellis, Sean Ellis and Ryan Dye; and four great-grandchildren.
He was preceded in death by his parents.
A memorial service will be from 1:30 to 2:30 p.m. Aug. 24, 2019, at Eastside Church of God, 2600 E. 5th St., Anderson.
Published on August 11, 2019
To plant a tree in memory of Dwight L Dye, please visit Tribute Store.

Plant a tree in memory
of Dwight

A place to share condolences and memories.
The guestbook expires on November 08, 2019.

Restore the guestbook to view the 8 more posts by family and friends, and share a memory or message of condolence of your own.