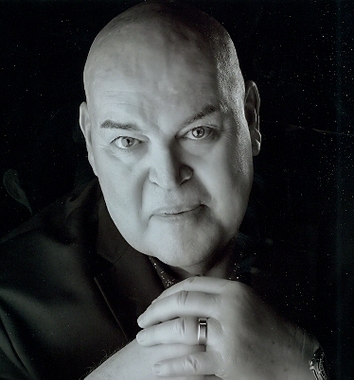 Back to Farrell's story

Farrell W. Carraco, 61, of Anderson, passed away Jan. 22, 2020.
He was born June 11, 1958, in Anderson, where he resided most of his life.
He retired from Prairie Farms Dairy in Anderson after 32 years of service. He began his career right after graduation from Madison Heights High School/Ivy Tech at Best Ever Dairy, before it became Prairie Farms.
He was a generous, kind man, a traveling enthusiast, loved cruising, an avid Colts fan and spending time with his family. He was happiest when he was on a beach with the love of his life, Nila. He was known for his sense of humor and love of life.
Farrell is survived by his wife, Leonila Carraco; daughter, Brandi Carraco (Larry Moore) of Anderson; stepdaughter, Michelle (Trenton) Priser of Anderson; sister, Deborah (Michael) Ferris of Fortville; grandchildren, Brooke Moore of Hilham, Tennessee, Dylan Moore, Dakota Moore of Anderson; stepgrandchild, Lincoln Priser, Anderson; and great-grandchild, Nova Nix, Anderson; Bridgette, his loyal Chihuahua, who was always by his side; sisters-in-law, Rebecca (Jack) Esteban, Melanie (Rolando) Alvarez, Carmelita Hayase and Cynthia (Lemuel) Tandog.
He was preceded in death by his father, James W. Carraco; mother, Ella Mae Carraco; and half brother, William Carraco.
Farrell attended Anderson Evangelical Church and later East Side Church of God until his health prevented attending.
Farrell fought a valiant battle since 2014.
Visitation will be held on Saturday, Jan. 25, 2020, from 12:30 to 2:30 p.m. at Loose Funeral Homes and Crematory, 200 West 53rd Street, followed by the funeral service at 2:30 p.m. with Pastor Mary Ann Randolph officiating.
Farrell and his family wish to extend special thanks to his family doctor, Dr. Todd Rhoads for discovering his cancer; Community Cancer Center, Dr. Reddy and staff; Community Radiology Center, Dr. Fisher and staff; Community Pulmonology, Dr. Malik and staff; and Community Hospital and staff.
In lieu of flowers, donations may be made to the American Cancer Society.
Published on January 23, 2020
To send flowers to the family of Farrell W. Carraco, please visit Tribute Store.

Send flowers
in memory of Farrell

A place to share condolences and memories.
The guestbook expires on April 22, 2020.

Nick Shaker
Farrell will be sadly missed. Nila I'm sorry I couldn't be at the funeral but not feeling well and was afraid to try to go. He was a great guy I really loved him dearly.
Ann Carrico
Farrell was a sweet fun loving person. The first time we met he was always wanting me to play some kind of game with him while Deb wanting us to swim. They were great and I felt blessed to have them as brother and sister in-laws. We didn't see each other often but we knew we were family and meant to be together. When Jimmy and Ella would come to the Park in camper we would always have a good time around camp fire. You will be greatly missed by the lives you have touched but each will be blessed by your love and kindness. Say " Hi" to all as you rest in God's arms. Love you Bro!
Rachel Grey

Love's Tapestry was purchased for the family of Farrell W. Carraco by Rachel Grey.  Send flowers

Beautiful in Blue was purchased for the family of Farrell W. Carraco by Heidi Wiley.  Send flowers

Dreathia Lawson
Please accept my condolences. Farrell was a good soul with a kind heart. May he rest in peace.
Cathy Mollet
So sorry for your loss.my thoughts and prayers are with you and your family.
View all