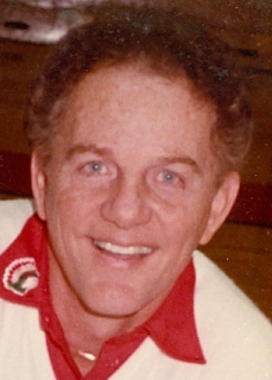 Back to Francis's story

ANDERSON, Ind. - Norm Held (Francis Norman), 85, passed on to his heavenly Father on March 19, 2020, at his home in Florida.
He was born on Dec. 8, 1934, in the back of his dad's shoe shop in Williamsport, Indiana, to Frank and Floy (Pearson) Held, who preceded him in death.
Norm graduated at 16 years old from Williamsport High School in Williamsport, Indiana, and then attended Milligan College in Tennessee, where he played basketball and tennis. He went on to receive his master's degree in education from the University of Illinois.
He began his coaching career in 1950 at East Lynn High School in Illinois. After coaching one year at East Lynn, he was drafted into the Army and served two years in the Counter Intelligence Corps in Chicago. Norm then resumed his coaching career in Potomac, Illinois, and took on other head coaching jobs at larger schools including Catlin High School, Catlin, Illinois; Rich Central High School, Olympia Fields, Illinois; and Danville High School, Danville, Illinois, where he compiled an 81-36 record over five years, including a 3rd-place finish in the 1971 Illinois State Finals and two Big 12 Championships.
In 1975, Norm accepted his dream job to coach at Anderson High School in Anderson, Indiana, in the famous Wigwam, that soon became his second home. Norm always felt Anderson was the best high school coaching job in the country and he compiled a 343-114 record in 18 years. He coached eight Indiana All-Stars, two Indiana Mr. Basketballs, one All-American and one Trester Award winner. Norm was the Indiana All-Star coach in 1981 and 1984 and the McDonald's All-American coach in 1990. He guided the Indians to four state runner-up finishes during his tenure. Ever the optimist, Norm always felt that even though they didn't win a state title, the experience his players gained playing in the big game was a life-changing event. His overall record in 32 years of coaching was 581-236. This success came to him because he truly lived it and loved it.
Norm had a passion for golf evidenced by his nine holes-in-one. He was a lifelong Chicago Cubs fan especially enjoying the World Championship in 2016. Norm also enjoyed socializing with his friends, working jigsaw puzzles and spending time with his family.
Norm is survived by his wife of 61 years, Susan (Hofbauer) Held; two sons, David (Debbie) Held of Louisville, Kentucky, and Scott (Lisa) Held of Fishers; grandchildren, Travis, Taylor, Michael and Jack Held; brother-in-law, Larry (Peggy) Hofbauer of Cissna Park, Illinois; and sister-in-law, Beverly Hofbauer of Paxton, Illinois.
Due to the coronavirus epidemic and for the safety of the public, services will be private and burial will take place in East Maplewood Cemetery, Anderson. A Celebration of Life will be planned and announced at a later date.
www.loosecares.com
Published on March 24, 2020
To plant a tree in memory of Francis Held, please visit Tribute Store.

Plant a tree in memory
of Francis

A place to share condolences and memories.
The guestbook expires on June 22, 2020.

Donald Abernathy
I remember Coach Held from the Edgewood Country Club where I was a bartender. He always had a good word and a smile that would wake up
the sleeping. Sure to be missed.
Kay Anderson
Susan and family, Steve and I send our deepest sympathy to you and your family. What a legend Norm was. You can be proud of the difference he made in the lives of so many. We wish good health for all of you.
Kay and Steve Anderson
Connie Hofbauer Cain
So very sorry for your loss! Norman and Susan raised a terrific family, and my thoughts and prayers remain with all of you! I have such fond memories of Norm and his family! Love to all!
Dr and Mrs Weinzapfel
Our hearts are broken and along with you our grief is unimaginable... so many years, so many memories.. May God wrap his arms around you and the boys and hold you tight ... HUGS))
Brenda and Weiny
Moe Smedley
So sorry to hear of Norm’s passing ! He was one heck of a friend both on the court and off ! Always positive and uplifting ! Will be missed ! Prayers to the family !
Diane Daoust
My condolences to you and your family. My husband Dick so enjoyed Norm and my 2 AHS cheerleading daughters will never forget cheering for the Indians during the glory years. Blessings.
Victoria Geiger
Coach Held, He was a comforting presence at AHS. My thoughts and prayers are with his family. Truly an Anderson Legend. Rest in peace coach
Dion Hughes
Thanks for everything you did for me coach. Rest easy. ❤💚
Adele Wilson
Norm,you will be missed by all of us.You and Susan mean the world to me.RIP dear friend and know we will be here for Susan
Carol Diegel
I interviewed Coach Held in 1975 for the 1976 AHS yearbook. I was the sports editor. I was nervous yet wildly excited. Coach Held was absolutely delightful & gave me the best interview I ever had in my sports reporting career. I will forever remember his gracious, kind & fun spirit! You are missed Coach!
Lisa leisure
You was awesome couch I had him all four years of high school and you was good man and you be missed by many ppl who loved you
View all 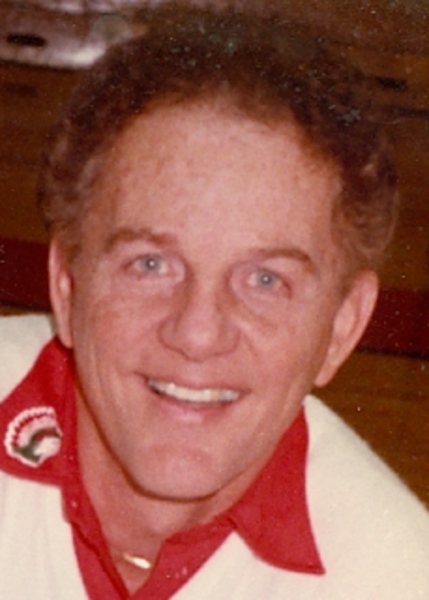