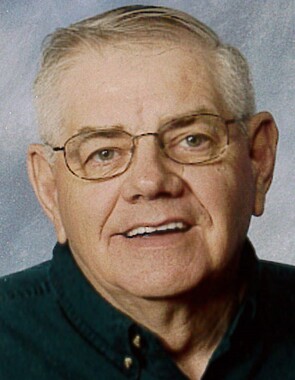 Back to Frederick's story

Fred was born at home in Anderson the third child of Leone Hoppes Gulmire and Cecil Everett Gulmire, formerly of Grant, Michigan.
Fred was a 1954 graduate of Anderson High School and married Judith Teeters Gulmire on April 6, 1956. He worked for the Anderson post office, Guide Lamp Division of General Motors, GM Chevrolet plant in Muncie and retired as an accomplished tinsmith on May 1, 1997.
Fred also farmed, raised black Angus cattle, Belgian draft horses. He loved farming with his horses, built a covered wagon and made several trips to Brown County in a wagon train. He also enjoyed golfing, wood working, traveling, gardening, playing the organ as well as round and square dancing. Fred was a member of United Auto Workers 499, Alexandria Eagles, Belgian Draft Horse Corp. Of America, Lowrey Life Club at Lambert's Music Center, Madison County Historical Society, a 30-year member of Madison County Promenaders, and Harmony Hoedowners of Sebring, Florida, where he wintered for 10 years.
Fred had a quick wit and droll sense of humor that everyone enjoyed.
Fred was preceded in death by his parents; siblings, Don Gulmire and Dorothy Swift.
He is survived by his wife of 63 years; three children, Kristie Lynn (Michael) Kovach of Pennsylvania, Karen Lee Holler of Florida, and Frederick C. Gulmire of South Carolina; grandchildren, Kurtis B. (Marisa) Kovach, Kaitlynn B. Kovah, Pennsylvania, Bailee N. Holler, Nicholas C. Holler of Tipton; sister, Joyce Lopper of Alexandria; sister-in-law, Patricia Gulmire of Georgia; special cousin, Bill Kirkpatrick of Anderson; many loved and loving nephews and nieces.
Memorial contributions may be made to donor's favorite charity. The family will hold a public celebration of life later this year at Legacy Cremation and Funeral Service-Anderson.
Published on March 25, 2020
To plant a tree in memory of Frederick L. Gulmire, please visit Tribute Store.

Plant a tree in memory
of Frederick

A place to share condolences and memories.
The guestbook expires on June 23, 2020.

Melanie Gulmire Holliman
Judy i am so sad to hear about Fred's death. I wish i could be there but since my husbands death i have been livingwith my daughter and her family in MO. Fred was a great person. Full of fun and laughter. Every time i saw him he always had a smile on his face. We lost a wonderful person but heaven gained another angel.
Roger Gulmire
Long lost relative who took the time to search us out. Such a nice person and gentle soul ,always made you feel welcome and took a interest in you. Will be sadly missed by all the lives he touched. I am thankful I had a chance to meet him. Judy, I am so sorry for your loss. Remembered always
Nancy and Ed

A memorial tree was planted in memory of Frederick L. Gulmire.  Plant a tree

Pam
So sorry for your loss. I met Fred many years back when he found our family in Wisconsin and we realized we were cousins on my father side. It was a honor to have met him and his wife. Heart felt sympathy to his family
Sherrie Teeters Stephens
Uncle Freddie may heart breaks but am glad you are with our Lord and not being sick! I remember alot of good and wonderful times with you and Aunt Judy! I could tell stories forever! We are related on the Hoppes side as well as Teeters. Will miss your smile and your laugh and i am glad I enjoy your sense of humor! Love you miss you bye for now!
Jama (Teeters) Keim

A memorial tree was planted in memory of Frederick L. Gulmire.  Plant a tree

Belita Hardwick
Judy and family! I am so sorry to hear this! I met Fred last fall at mom and dads estate sale and I know he must have been a wonderful person! My thoughts and prayers are with you all! Love you Judy!!!
Jim Banner
Our condolences from all of Fred’s friends golfing group. He had a special rappor with everyone and we will miss him.
Steve Jubb
My thoughts and prayers go out to Judy and the family.
Scott Crisler
I know it has been a long time since I have seen the family, but I wanted to say what great memories I have of Fred and his horses, and his joking around with my brother and I when we were kids. We learned to ride horses, took walks in the woods. Our whole family sure enjoyed your family and our prayers go out to all of you.
View all 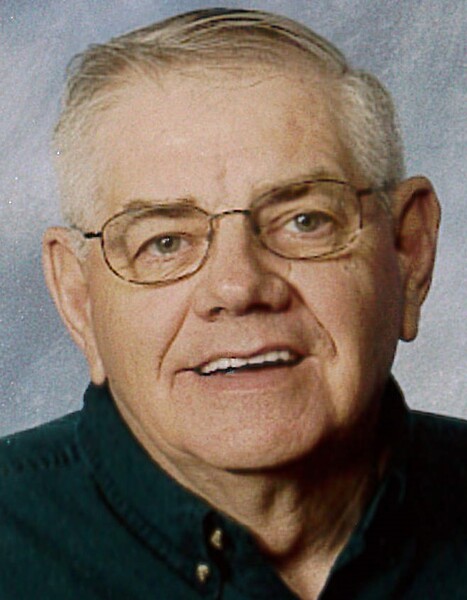