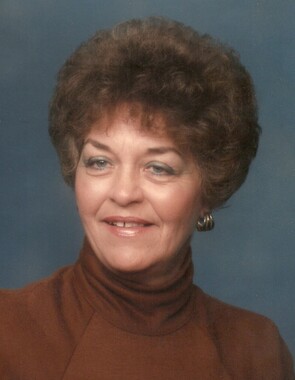 Glorene O. "Glo" Barger, 86, of Pendleton, passed away at her residence on Wednesday, Jan. 22, 2020, following an extended illness.
She was born Jan. 22, 1934, in Anderson, the daughter of Fred and Beatrice (Turner) Olive.
Glo worked as a homemaker, State House secretary, artist and poet. She was an avid lover of nature, gardening and people. She grew up in Anderson, lived in California, and returned home to be with her family as it was the most important thing to Glo, our mother, grandmother and friend.
She is survived by her children, Vicky Lawson of Pendleton, Cheri (husband, Jody) Gray of Anderson and Steven Carl Baker; grandchildren, Kelly Lawson Lowery of Charleston, South Carolina, Chase (wife, Cassie) Pershing of Crown Point and Coltlee (husband, Kris) Birkeland of Phoenix, Arizona; great-grandchildren, Devon, Noah, Easton, Sophie and Jacob; sister, Mavis Gray of Monticello; and brothers, Samuel "Tony" Olive of Centerville, and David Olive of Anderson.
She was preceded in death by her parents; and sister, Lorraine "Ponnie" Olive Rasener.
Funeral service will be held at 11 a.m. Monday at Brown-Butz-Diedring Funeral Service & Crematory. Burial will follow in Anderson Memorial Park Cemetery.
Visitation will be held from 2 to 5 p.m. Sunday at the funeral home.
Post online condolences at www.brownbutzdiedring.com.
Published on January 24, 2020
To send flowers to the family of Glorene O. Barger, please visit Tribute Store.

Send flowers
in memory of Glorene

A place to share condolences and memories.
The guestbook expires on April 23, 2020.

Thom Horton
So sorry for your loss. Vicki, I know how much you will miss her. I am praying for you and your family.
Pam Gouker
Sending my sympathy for the loss of your mom. Enjoyed her company several years ago. May the good memories comfort you at this time.
View all