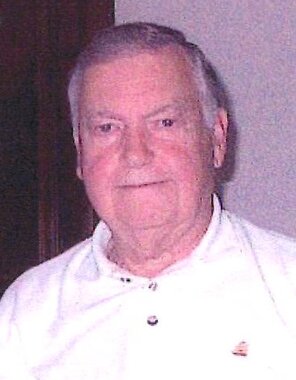 Back to Jack's story

Jack graduated from Lapel High School in 1947 and then later completed his draftsman training from Purdue University. He was employed by the Guide Lamp Division of General Motors as a draftsman and then later by General Electric in Indianapolis as a product designer, retiring in 1986.

He is survived by his daughter, Teresa (Justin) Fisher of Carmel, IN; daughter-in-law, Tawn Watkins of Scottsdale, AZ; grandchildren, Matthew (Kellie) Fisher of Midlothian, VA, Peter Fisher of Dallas, TX, and Katie (Scott) Thomas of Fishers, IN; great-grandchildren, Gracie, Mason, and Jake Fisher, and Brady Thomas.

Jack was preceded in death by his wife of 64 years, Marilee Watkins; son, Brent Watkins; and mother, Thelma Lee.

The family would like to express their sincere gratitude to the staff of Wellbrooke of Carmel for their kindness and care of Jack while he resided there, and also to St. Vincent Hospice Care for their compassionate support.

Plant a tree in memory
of Jack

A place to share condolences and memories.
The guestbook expires on March 06, 2020.

Connie Millikan
Thinking of you, Teresa, and all your family. It is never easy to lose your dad no matter his age. Sending you love and hugs. Prayers too.