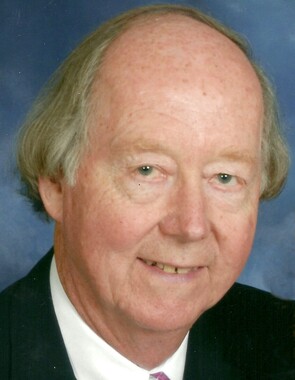 James Patrick Reagin, 78, passed away Thursday, Feb. 6, 2020, following a sudden illness.
He was born Sept. 26, 1941, in Seattle, Washington, the son of Edward James and Marina (Ave) Reagin, and lived in Anderson most of his life. He graduated from Ball State University where he was a member of the Sigma Tau Gamma fraternity. On Dec. 19, 1964, he married the former Alice Ardella DeCourcy at St. Mary Catholic Church in Anderson and together they raised their family.
Pat was the owner-operator of House of Reagin Custom Drapery Store and co-owner of Reagin & Shuler Housing. He was a member of St. Ambrose Catholic Church. His love of boat racing led to his membership in the Indiana Outboard Association and his being named the APBA 25 Mod Hydroplane North American Champion in 1995. He was also a member of the Lake Tippecanoe Property Owners Asscociation. But mostly he was the consummate family man who loved spending time with his family on Little Tippy.
He is survived by his wife, Ardella "Delly" Reagin; sons, James Michael (Susan) Reagin of Noblesville, Patrick Joseph Reagin of Indianapolis, Mark Edward (Hayley) Reagin of Brownsburg and Jeffrey Thomas (Sarah) Reagin of Fort Collins, Colorado; grandchildren, Jennifer (Jordan) Leising, Katie, Christopher, Noah, Noelle, Sam, Kelly, Collin and Carly Reagin; sisters-in-law, Harriett Carmack, Jane DiMarzio, and Charlene (Tom) Foley; brother-in-law, Michael (Cookie) DeCourcy; special "brother" and business partner, Cloid (Karen) Shuler of the Villages, Florida; and several nieces and nephews.
Mass of Christian Burial will be held at 10:30 a.m. Monday at St. Ambrose Catholic Church with Monsignor Robert Sell III officiating.
Visitation will be 3 to 6 p.m. Sunday at Brown-Butz-Diedring Funeral Service & Crematory.
Memorial contributions may be made to the St. Vincent de Paul Society.
Online condolences may be made at www.brownbutzdiedring.com.
Published on February 7, 2020
To send flowers to the family of James Patrick Reagin, please visit Tribute Store.

Secret Garden Basket was purchased for the family of James Patrick Reagin by Debbie Blakey and Gary Smillie.  Send flowers

Debbie Blakey and Gary Smilie
Dear Ardella and family,
We are so very sorry to hear of Pat's illness and passing. May the love in your family grant you peace and wonderful memories of a life well lived.
Sara (Susie) Vargo
I am so very sorry. I loved the two of you together at the Friday evening "meetings". He definitely will be missed.
Joyce A. Roudebush
Oh, Delly, so sorry to hear of Pat's passing. He was a good man.
Joyce Roudebush
View all