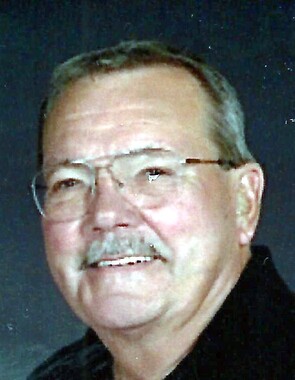 James D. Shipley, 80, of Rome City passed away unexpectedly on Wednesday, February 5, 2020, at his residence.

Jim was employed by Anderson Light and Power in Anderson as a lineman and retired in 1999 as a sub-station supervisor.

He was a member of Messiah Lutheran Church in Wolcottville, Rome City American Legion Post 381, Eagles Aerie #985 in Kendallville, Masonic Lodge #56 in Winchester, Scottish Rite of Fort Wayne, Murat Shrine in Indianapolis, and was a life member of AmVets Post #26. He was also a member of the Barbershop Harmony Society, SPEBSQSA.

Jim loved golfing, singing, and telling stories. As a social, people-person, he enjoyed visiting with friends at the American Legion. His faith was important to him, and he enjoyed going to church. He dearly loved his family and adored his wife. His contagious laughter will be missed.

A celebration of life service will be held Wednesday, February 12, 2020, at 1 p.m. at Young Family Funeral Home, Wolcottville Chapel, State Road 9 North, Wolcottville with Rev. Jason Reed of Messiah Lutheran Church officiating. Burial will be at the Leesburg Cemetery at a later date.

Honor guard services will be provided by the Veterans Honor Guard.

The family will receive friends on Wednesday from 11 a.m. to 1 p.m. at the funeral home.

Memories and condolences may be shared at www.youngfamilyfuneralhome.com
Published on February 8, 2020
To send flowers to the family of James D. Shipley, please visit Tribute Store.

Jim and Jean Keesling
So happy we knew Jim when we were younger, as he was such a fun guy. Our sincerest condolences to his family.
Pierce Anson
I loved Jim. Have a lot of fond memories of past times . My deep sympathy to family
Larry and Nancy (gale) Mechem.
Sending our love and thoughts of my classmate Jim .. and our peace and prayers and condolences to Jim’s family. 💕🙏
richard and suzanne martin
peg we are so sorry to hear of jims passing. what a great friend and person,he will be missed by every one. our prayers are with you and your family.god bless.
View all