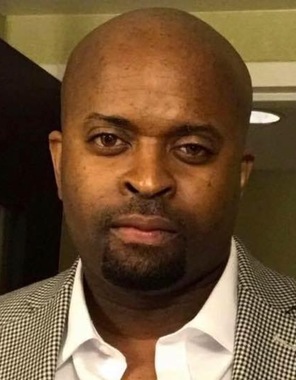 Back to Jason's story

On Friday, Jan. 31, 2020, Jason Maurice Townsend, 46, transitioned from this earthly home after a courageous battle with cancer. Jason, affectionately known as "J-Smarts", was born on April 23, 1973, in Anderson. Jason attended Anderson Community Schools and graduated from Anderson High School in 1991. He received his bachelor of arts degree in telecommunications from Indiana University Bloomington in 1997 and his MBA from Indiana Wesleyan in 2002.
At IU, he was involved with F.A.S.E (Faculty and Staff for Student Excellence) and a member of Kappa Alpha Psi Fraternity Inc.
Jason was formerly employed by Delco Remy America, Chrysler, Janssen, Medtronic and Pfizer where he was named representative of the year in 2004. He was currently employed by Taiho Oncology Inc. as an oncology account manager and was a member of the Anderson Zion Baptist Church where he served as trustee.
Jason leaves to cherish his memory, his faithful, loving wife, Theresa (Armstrong) and daughter Jazsmyn; parents, Wayne and Eula Townsend; brother, Marcus Townsend, Indianapolis; father and mother in-law, Larry and Garnetta Armstrong; uncle, Ricky Townsend; aunt, Ruthie Boyd; sisters-in-law, Marshell Harris, Sheri and Teri Armstrong and Kim Townsend; brothers-in-law, Larry Armstrong Jr. and Marcus Jones; nephews, Brandon and Jalen Townsend; special cousins, Brent, Brian and Tommy McCullough and Darlene Hodges; and a host of nieces, nephews, cousins, friends and brothers of Kappa Alpha Psi.
Preceding him in death are paternal grandparents, Charles "C.W." and Janie M. Townsend; maternal grandparents, Tommie Sr. and Lucille McCullough; uncle, Tommie McCullough Jr.; and beloved companion, Bentley.
Funeral services will be held at noon Saturday, Feb. 8, at Madison Park Church of God, 6607 Providence Drive, Anderson.
Friends may call two hours before the service from 10 a.m. to noon. The Revs. Doyle Moore Jr. and Victor Richardson officiating. Interment to follow in Anderson Memorial Park.
Published on February 5, 2020
To send flowers to the family of Jason Maurice Townsend, please visit Tribute Store.

Send flowers
in memory of Jason

A place to share condolences and memories.
The guestbook expires on May 05, 2020.

1 of 8
Jami Cottrill
Jason used to order our famous chicken finger buffet. He was such a pleasure to work with! My thoughts are with all of his family. I will pray for all of you.
Joyce Plummer
Eula, So sorry to hear of the passing of your son. Prayers are with you and your family.
Raj Hopkins
My heart is heavy for the loss of my friend . He meant so much to me and my family . In times of need Jason was always a person that you could count on . He was an strong example of what strong man should look like in so many ways and he will be missed dearly. I can hear him saying right now " I can digg it". Jason we love you and we will continue to fight for you .#SMARTSSTRONG
Candy (Purkey) Coffey
Sorry to hear about him. Prayers n thoughts
To ur family from mine.
Daneta Jackson
Jason will be missed dearly!! My prayers go out to all the family! Jason is not suffering anymore, soon death will be no more--[Rev21:4] . I love you, cousin!
William Bruner
You will be missed a true leader in the community. God Bless and RIP
Steve Goar
We started our relationship as student and teacher and became friends. What a good man with a huge heart. What more can a man hope for than to have men like Jason in his life.
Merwyn Broadnax
Wayne and Eula I’m heartbroken at your loss. My prayers are with with you..
Bill Zerkel
May God Bless Jason and his Family!!
Larry Gholston

My condolences to Wayne and Eula, Marcus , his Wife Theresa, and the
love of his heart Ms Jazsmyn. Family we gotta hang strong and together. he was a beautiful brother my frat brother a loyal friend , always giving all that he had. Rest easy JASON M. TOWNSEND. God makes no mistake only takes the best. See you further up the road. AMEN AMEN.

Paul, Phyllis and our Family,

We loved Wayne, so we know how you feel. Rest in the Lord and He will take you threw all hurt and sorry. He was a great person because God made him that way, and you got to finish the job. Eula and Wayne, we are praying for you, and l know it will get better. Hold on to God's unchanging hand, and we will see him again. We love you all so much, and we will be praying for you.