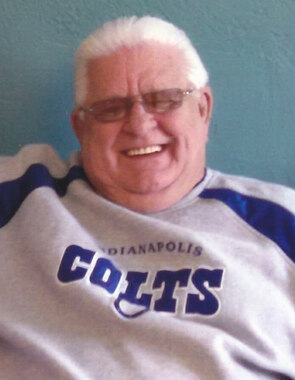 Back to John's story

John Walter Peek, 77, Anderson, died at his residence Jan. 12, 2020, after an extended illness.
He was born Nov. 22, 1942, in Cullman, Alabama, the son of Claud and Pauline (Alvis) Peek. He graduated from Anderson High School in 1961.
John worked production at Delco Remy 32 years before retiring in 1993. He was a 50-year member of Ovid Masonic Lodge 164.
Survivors include his wife, Becky (Surface) Peek of Anderson, whom he married Jan. 14, 1962; his two sons, Tom (Diane) Peek and Scott Peek, all of Anderson; granddaughter, Jessica (Josh Lee) Peek of Chesterfield; brothers, Ricky (Kathy) Peek of Florida and Terry (Robin) Peek of Fairmount; several nieces and nephews.
John was preceded in death by his parents; sister, Pat Olive; and brother, Bill Peek.
Funeral services will be held Thursday at 1 p.m. at Rozelle-Johnson Funeral Service with the Rev. Eddie Purciful officiating. Entombment will follow in Anderson Memorial Park Cemetery.
Visitation will be Thursday two hours prior to the service.
Memorial contributions may be given to Ovid Masonic Lodge 164.
Post online condolences at www.rozelle-johnson.com.
Published on January 14, 2020
To send flowers to the family of John W. Peek, please visit Tribute Store.

Send flowers
in memory of John

A place to share condolences and memories.
The guestbook expires on April 13, 2020.

Jack & Jerri Gowen
John was a good man. He had a great wife and raised a good family. RIP old friend
Mena pearson
Jess, my heart breaks for you,I will be praying for your family.
Mike and Becky Hudson
Sorry for your loss. Please accept our prayers and condolences.
View all