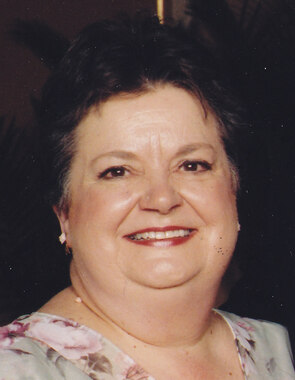 Back to Kathy's story

Kathy A. Plovick of Anderson died Jan. 10, 2020, at Rawlins House after a brief illness.
Kathy was born July 6, 1948, in Monmouth, Illinois. At the age of 3, she was adopted by the most loving parents, Frank and Dorothy June (Jensen) Plovick of Anderson.
She graduated from Madison Heights High School in 1966 and Ball State University in 1970. She spent the majority of her career as a marketing director for various companies, spending the majority of her time at Hoyt Wright Co. in Anderson.
Kathy had many interests after retirement such as politics, collecting various types of antiques, and spent countless hours in her sewing room making crafts for her grandchildren.
Kathy is survived by her son, Ryan (Anne) Plovick of Pendleton; four grandchildren, Noah, Manon, Genevieve, and Michael Plovick; sister, Rita Henderson (Charles); nephew, Don (Linda) Henderson; niece, Becky (Pat) Pendergast; brother, Paul (Carol) Plovick; niece, Laura (Scott) Roudebush.
She was preceded in death by her parents; brother-in-law, Charles Henderson; and special friends, Sanny and Ed Pitts.
A Celebration of Life will be held on Saturday, Jan. 18 at Rozelle-Johnson Funeral Service, 229 S. Rangeline Road, Anderson, from 1 to 4 p.m. Please use West end entrance.
Memorial contributions may be given to the American Diabetes Association.
Post online condolences at www.rozelle-johnson.com.
Published on January 13, 2020
To send flowers to the family of Kathy A. Plovick, please visit Tribute Store.

Send flowers
in memory of Kathy

A place to share condolences and memories.
The guestbook expires on April 12, 2020.

A Full Life was purchased for the family of Kathy A. Plovick by Becky Hull.  Send flowers

Becky Hull
Ryan, Anne, Noah, Manon, Evie and Michael,
Hugs to you at this sad time. Keep the happy memories of earlier days close to your heart. Kathy loved you all dearly. Blessings on you,
Aunt Becky and Uncle Mike
Sylvia Bogle
I extend my deepest sympathy to Ryan and family. Kathy was such a kind and happy person. We spent much time together while working at Ivy Tech. My prayers are with you and your family.
View all