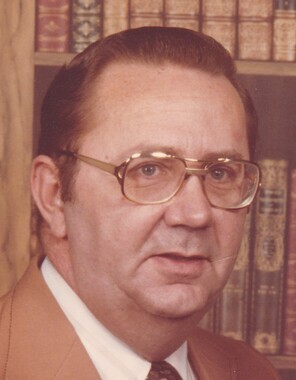 Larry E. Whiteley, 86, passed away Sept. 7, 2019, at the Rawlins House in Pendleton.
He was born Feb. 28, 1933, in Pendleton to the late Walter and Clarice (Valentine) Whiteley.
Larry retired from both Ford and General Motors in skilled trades as a machine repairman.
He was a 1951 graduate of Pendleton High School and a U.S. Navy veteran.
Larry served and was a past board member of the Pendleton Historical Museum, Pendleton Community Library and South Madison Community Schools Corporation. He was a life member of AMVETS. Larry was a longtime member of the American Legion and Pendleton Lions Club where he was a past president. He served as a Republican precinct committeeman for 20 years.
Larry was preceded in death by his parents; wife, Barbara S. (Baltimore) Whiteley; brother, Hugh Whiteley and his wife, Emily; son-in-law, Stephen Jones; and a grandson, Hunter Jones.
Survivors include his five children, Suzan (Charles) Pierce of Pendleton, Ruth (Paul) Wimmer of Point Isabel, Larry N. (Tina) Whiteley of Middletown, Jamie Whiteley of Morristown and Lori Jones of North Webster; nine grandchildren; several great-grandchildren; several nieces and several nephews.
Services will be held at 2 p.m. Wednesday at Wilson St. Pierre Funeral Service & Crematory, Lahm Chapel, Pendleton with Eric Martin officiating. Burial with military honors will follow in Grove Lawn Cemetery, Pendleton.
Visitation from noon to 2 p.m. Wednesday at Lahm Chapel.
Memorial contributions may be made to Pendleton Historical Museum, P.O. Box 345, Pendleton, IN 46064.
Online condolences available at www.wilsonstpierre.com.
Published on September 8, 2019
To plant a tree in memory of Larry E. Whiteley, please visit Tribute Store.

A place to share condolences and memories.
The guestbook expires on December 07, 2019.