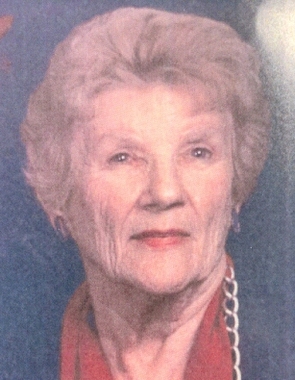 Back to Lois's story

Lois White Hardy passed peacefully into Heaven on Jan. 8, 2020.
She was born in Anderson, Indiana, to Nellie Hoppess and Morton G. LeMond. She was the oldest of eight children.
She was a lifetime member of the Lake Street Church in Chesterfield and attended the First Presbyterian Church in Frostproof, Florida. She was a proud member of United Auto Workers Local 663, prior member and officer of the Woman's Club of Frostproof, and volunteered for many organizations throughout her life including the Frostproof Care Center.
Lois' life, we are reminded by her nephew, Darryl LeMond, is one of always walking forward. No matter what life handed her, the loss of her 11-month-old baby, Gene Francis, to the loss of her first husband, Francis, her son, Larry, her daughter, Mary, her grandson, Michael, and her second husband, Bruce, she always moved forward, never losing her faith in God and his Son, Jesus Christ, and the hope that days ahead would be brighter.
She loved building and remodeling. She and her first husband, Francis, built and/or remodeled 17 houses in the Anderson/Chesterfield/Daleville area before his passing in 1969. They both did this on the side as they both also worked full-time for Guide Division of General Motors.
One of her proudest moments was receiving her honorary diploma from Anderson High School. She was forced to quit school in her senior year because the time was the Great Depression and she had to go to work at General Motors to help support the family.
She was a pioneer of women's rights. Circa 1954, she joined eight other women to strike both General Motors and the UAW. Women at that time were hired without a contract, unlike the men. So, if a man came in off the street and wanted a job, they simply sent the woman home. They earned a contract and their jobs were reinstated five years later.
In her younger years, she was very active in the Lake Street Church. She not only was an active, lifelong member, she actually helped physically build the structure and when she wasn't helping with that she was cooking food for the volunteer workers.
In the early 50s, it came to her attention that some of the kids were coming to school at Valley Grove Elementary School hungry. If their parents did not have the food to pack a lunch, the kids did not eat all day. In those days, there were no school cafeterias in rural schools. She and her friend, Barbara Ritchie, organized friends and neighbors and started a school lunch program at Valley Grove School, with the aid of volunteers. She got farmers to set aside part of their crops and neighbors to freeze and can food for the coming school year. She worked at this for two or three years before government subsidies and a formal cafeteria was installed at Valley Grove.
During a four-year layoff from General Motors, she graduated from Apex Beauty School and became a beautician.
In 1973, she and her friend, Rebecca Fuller, were guests of the General Manager of General Motors Brazil and she was taken on a grand tour of Brazil and Argentina.
She and her second husband, Bruce, married in 1972 and retired in 1976 to Florida. Bruce was nine years younger than her and she said she was marrying a younger man so she would not have to bury another husband. She outlived him by over 20 years! But they did enjoy more than 25 years splitting their time between Florida and Indiana.
Her philosophy in life was, in times of strife, always get involved in something bigger than yourself. Find something that seems impossible and tackle it. She built houses when she couldn't see how to pay for them; she built cafeterias when she couldn't see exactly how the situation would work; she tackled women's rights at an unpopular time for women workers, not knowing if they would be shot on the picket line. Finally, she helped build a church when she didn't even know if the pews would be filled. She was a woman of strong faith in God, family, church, and the future.
How do you live to be 104, 7 months, and 11 days? Eat pie - Wicks Sugar Cream!
And don't forget the Bob Evans biscuits and gravy! Enjoy life. Go places. Do things. And be sure to help those around you!
Lois is survived by her sister, Phyllis Murphy; her daughter, Linda Watson (Richard) of Daleville; stepdaughter, Wanda Kline, Anderson; stepson, Bruce Hardy (Cheryl), Pendleton; grandchildren, Sheri White Feke (Roger), Fort Lauderdale Beach, Florida, Terri White Moore (Tim), Margate, Florida, Joe White (Gina), Davie, Florida, John White (Alejandra), Anderson, Indiana, Randy Shepherd (Angel), Plain City, Ohio, Brent Watson (Brenda), Daleville, Indiana, Brandon Watson (Erin), Daleville, Indiana, Marly Hardy, Pendleton, Abby Vo, Portland, Oregon; great-grandchildren, Samantha Feke, Riley and Jacob White, Mason Watson, Adrienne, Audrey, and Andrew Watson, Bishop and Beckett Hardy-Snyder, Persephone, Athena, and Rennon Atkinson; and great-great-granddaughter, Kinsley. She is also survived by a special brother-in-law and sister-in-law, Doug and Colleen Hardy of Shalimar, Florida; several nieces, nephews and great nieces and nephews; and special friends, Jo Baker and Cathy Shaw.
She was preceded in death by her mother and father, Nellie and Morton LeMond; her first husband, Francis White; her second husband, Bruce Hardy; her children, Gene Francis White, Larry White, and Mary White Shepherd; grandson, Michael Shepherd. Also, her brothers, Harold, John, and Glenn LeMond; and sisters, Mary Emily LeMond, Florence Ferguson Williamson, and Cora Holding.
Private family services (at Lois' request) will be performed by Gary McManus of the Daleville Christian Church and services will be handled by Loose Funeral Home.
Memorial contributions can be made to Cathy Shaw, Living Petals, 3582 W. 500N, Middletown, IN 47356, the Lake Street Church, Chesterfield, IN 46017, Daleville Christian Church, Daleville, IN 47334 or First Presbyterian Church of Frostproof, FL 33843.
www.loosecares.com.
Published on January 15, 2020
To plant a tree in memory of Lois Hardy, please visit Tribute Store.

Plant a tree in memory
of Lois

A place to share condolences and memories.
The guestbook expires on April 14, 2020.

Mr & Mrs. Doyle Kimmel
Condolences. Our thoughts and prayers are with the family.
View all