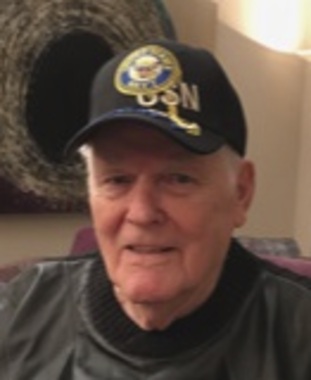 Back to Luther's story

Luther Ray "Bud" Campbell, 88, of Anderson, passed away on Monday, Jan. 13, 2020, at IU Saxony Hospital in Fishers.
He was born on Oct. 22, 1931, in Deland, Illinois, the son of Arthur and Hattie (King) Campbell. Bud's childhood years spent in Wilkinson were some of his happiest memories. Bud was a 1949 graduate of Anderson High School and a 1958 Ball State University graduate. He served in the U.S. Navy during the Korean War.
Bud was an insurance agent, working for State Farm from 1958 until his retirement in 1992. He was a member of First Presbyterian Church and Anderson Country Club. He enjoyed golf, traveling and following all Indiana sports teams. He was a lifelong Dodgers fan. He attended the Olympic Games in 1968, 1972, 1976, and 1984.
Bud is survived by his wife of 35 years, Nancy (Stephenson) Campbell; daughter, Kay (Don) Bale of Anderson; stepdaughter, Jennifer (Bob) Falcon of Pleasant Prairie, Wisconsin; stepson, Brad (Brittan) Bolin of Springfield, Illinois; seven grandchildren; six great-grandchildren; and several nieces and nephews.
He was preceded in death by his brother, John J. Campbell; and three sisters, Gwen McKinely, Juanita Wood and Margie Cole.
A memorial service will be held on Saturday, Jan. 18, 2020, at noon at Rozelle-Johnson Funeral Service with Rev. Kevin Bausman officiating. Visitation with the family will be held two hours prior to the service.
Memorial contributions may be given to First Presbyterian Church, Anderson YMCA or Anderson Education Foundation.
Rozelle-Johnson Funeral Service handled funeral arrangements.
Post online condolences at www.rozelle-johnson.com.
Published on January 14, 2020
To send flowers to the family of Luther Ray 'Bud' Campbell, please visit Tribute Store.

Send flowers
in memory of Luther

A place to share condolences and memories.
The guestbook expires on April 13, 2020.

Kent, Linda and all the Wood Family
Dear Uncle Bud,
We are so stunned and shocked of your passing. Even though we knew you were pretty sick, the finality of it is difficult to accept. We will miss you sooo very much.
I look back over all the years and remember all the good times we had together. The L.A. Olympics, our Dodger Games together, The MLB All Star Game in Anaheim, The Laker Games. I could go on, but most of all just being with you and Nancy. I remember you taking George and me water sking, playing golf and tennis with you, going to the show. I remember you taking me and a date to the show way back in 1952. I was only 9 years old (but I remember) and you were 20. I still remember all the candy and stuff you bought f...or me. You were always so kind. No matter how I tried, you would never let me pay for anything. Not just when I was a little kid, but way into adult life. You would always trick me some way and have the check paid way before a meal was over. When George and I returned from Europe, pennyless you bought bus tickets back to California and gave us money to eat on during our ride.
The best vacation Linda and I ever had (and we've had some nice one's) was when you invited us to go to Kenya with you, Nancy and Kay. We've relived the pictures and memories from that trip several times.
I thank you for all of the business and personal advice you gave me over the years. I particullary listened to your business advice. I always admired your spectular success as a State Farm Agent. Your ageny was so successful, it took four agnts to replaace you when you retired. You were my mentor and hero. For 25 years you were always so supportative of my "treatment resistive depression" and always offered encouragement. That helped me through some really bad times.
You always gave so much of yourself to the Wood Family and the Campbell Family.
Linda, Candy and I was so excited to be able to come back and celebrate your 88th Birthday with you. It was a really fun day. It was really good to hear some of the old growing up stories you shared with us. Many of them will be entered into my Family Tree Project. Thank You!
All I can ssay is that you lived a full, exciting, and sucessful 88 years and all of us will miss you dearly.
Now, all of the Campbell Brothers and Sisters are together again. How wonderful !!
We Luv U Uncle Bud and will miss you soooo very much. Thanks again Uncle Bud for all your support and generosity
Kent, Linda, Candy, Greg, Trey, Emily, Evan and GregoryRead more
View all