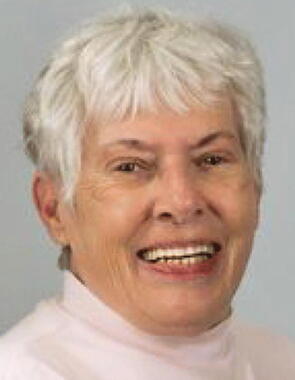 Back to Mariel Ann's story

PENDLETON [mdash] Mariel Ann Reed, 82, Pendleton, Indiana, passed away Nov. 27, 2019.
She was born July 15, 1937, in Iowa, the daughter of Dwight and Julia Williams. She was one of four siblings. Her brothers were John and Mike, her sister is Lynn. She graduated from Indianola High School and attended Simpson College.
Mariel met Charles Reed, her future husband, at Simpson College. Mariel and Charles Reed relocated to Stevensville Michigan, where they made their home for over 50 years. Mariel worked in personnel at Whirlpool in Benton Harbor, Michigan, was a substitute teacher, owned an educational supply store and served as the treasurer for the Village of Stevensville.
Mariel and Charles eventually moved to Pendleton, Indiana, to be closer to their grandchildren.
She was preceded in death by her husband, Charles Reed.
She is survived by her children, Kelley Reed Branham of Pendleton, Indiana, Jeff Reed of Stevensville, Michigan; grandchildren, Cody Branham, Casey Branham and Kiara Reed.
Published on December 7, 2019
To plant a tree in memory of Mariel Ann Reed, please visit Tribute Store.

Plant a tree in memory
of Mariel Ann

A place to share condolences and memories.
The guestbook expires on March 05, 2020.