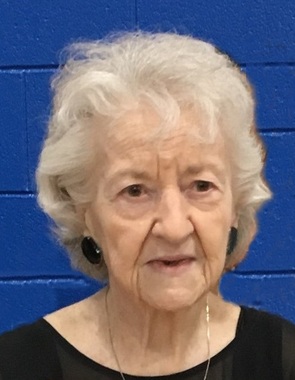 Back to Martha's story

Martha Jane (Thompson) Story, 95, of Pendleton, passed away Thursday morning Aug. 15, 2019, at her residence.
Martha was born Oct. 30, 1923, In Anderson, to Harold L. and Ruby (Beeson) Thompson.
Martha was a graduate of Anderson High School, she worked at Tanke's Drug Store and Delco Remy. She served with the U.S. Navy during World War II. She was a member of First Church of the Nazarene in Anderson, Pendleton Garden Club, American Gourd Society of Indiana, Ohio, Kentucky, Alabama, and Florida.
Martha was preceded in death by her parents, Harold L. and Ruby Thompson; her husband, Jim Story; two brothers W. Gene and Paul Hubert Thompson; two sisters, Dorothy Vandyke, and Rosella Klinitski.
She is survived by her sister, Doris Hancock; and several niece and nephews.
Funeral services will be held at Wilson St. Pierre Funeral Service and Crematory, Lahm Chapel, Pendleton, on Monday, Aug. 26, 2019, at 1 p.m. with Chaplain Rob Mifflin officiating. Visitation will be from 11 a.m. until the time of the services on Monday. Burial with military honors will follow in Anderson Memorial Park Cemetery.
Memorial contributions may be made to the Animal Protection League, 613 Dewey St., Anderson, IN 46016.
Online condolences available at www.wilsonstpierre.com.
Published on August 21, 2019
To plant a tree in memory of Martha Jane Story, please visit Tribute Store.

Plant a tree in memory
of Martha

A place to share condolences and memories.
The guestbook expires on November 19, 2019.

Restore the guestbook to view the 1 more posts by family and friends, and share a memory or message of condolence of your own.