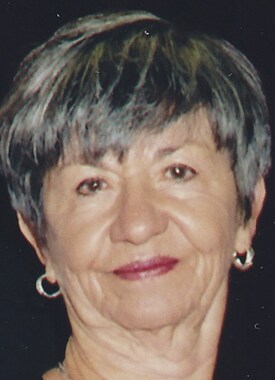 Back to Mary Jane's story

Mary Jane (Tooley) Austin, of Anderson, died Feb. 10, 2020, at Golden Living Center in Muncie after an extended illness.
She was born June 3, 1933, in Anderson, the daughter of Ralph and Norma (Craig) Tooley. She was the head teller at Amsouth/Regions Bank and First National Bank for more than 25 years. She loved the beach, reading and her dogs.
Mary Jane is survived by her husband, Archie "Gene" Austin of Anderson; two children, Dana (Dan) James of Anderson and Gary (Debbie) Austin of Cullman, Alabama; sister, Betty (Bob) Jackson of Anderson; two grandchildren, Brent (Sandy) Keesling Jr. of Avon, and Natasha (Joe) Becraft of Anderson; four great-grandchildren, Natalie, Makenna, Madysen and Tyler; and several nieces and nephews.
She was preceded in death by her parents; six siblings, Vivian, Ronald, Wayne, Phyllis, Gerald, Dallas Tooley.
No funeral services will be held.
Memorial contributions may be given to American Cancer Society or Alzheimer's Association.
Rozelle-Johnson Funeral Service handled funeral arrangements.
Post online condolences at www.rozelle-johnson.com
Published on February 11, 2020
To send flowers to the family of Mary Jane Austin, please visit Tribute Store.

A place to share condolences and memories.
The guestbook expires on May 11, 2020.

Deanna and Shannon
Many many happy memories! She was always so much fun to be with. She will be missed by all.
Donna Armstrong
I am sorry for your loss. I worked with Mary Jane at Am South she was a sweet lady and fun to work with. And she loved her dogs. She was very sweet to me.
Bonnie Kee (Woodland Haus)
You will truly be missed the staff at Woodland Haus thought of you an Archie often you was always the life of the party . Our thoughts an prayers are with Archie an your family . May you fly high on them angel wings .
Vicky Lawson
I am so sorry Dana and family for the loss of your Mother. I also just lost my Mom on her birthday so I know how very hard it is to give them up. I hope we can visit soon -don’t know about you but I’m quite lost...Much love to you and yours... Sincerely, Vicky Lawson
Melissa Parker
I had the privilege to meet Mary Jane and her Hubby when they came to Woodland Haus assistant living. I got to take care if them. I will always remember her yelling ROLL TIDE BABY!! She loved her Alabama football. She also loved my grandson and wld play cars with him. And he loved her. She was his Granny MJ❤ She was one of a kind. And I loved her as well. She will be missed dearly. I'm so sorry for your family's loss of a very special loved one.
Cheryl Julius
Wishing to send my condolences to Gary Austin and his family for loss of Mary Jane even though I did not personally know her My late Husband Dennis Julius talk about her all time how wonderful she was when him and Gary was growing up together. She will be missed.
Robert Jackson
Wishing to express condolences to family and friends of the loss of a very special woman, Mary Jane Austin. She seemed like a second Mother to me at times growing up in Anderson with her son Gary Austin being my best friend for many of my formative years. She held a special place in my heart. We will all miss her.
View all