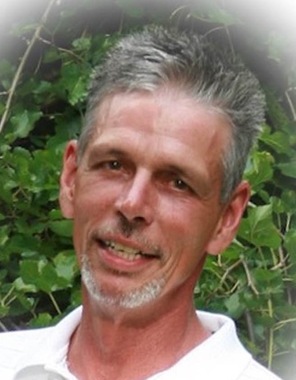 Back to Michael's story

Michael D. "Mike" Holland, 64, of Pendleton, passed away Nov. 11, 2019, at his home.
He was born June 29, 1955, in Anderson to Cecil C. and Leila G. (Smith) Holland and was an Anderson resident until moving to Pendleton 17 years ago.
Michael was full of laughter. His greatest joy was family. He exemplified his strong faith by the way he lived his daily life. He loved his wife, children and grandchildren fiercely. His kind and generous spirit touched everyone he encountered. He was a man of unlimited talents that could fix anything. His leisure time was spent riding bikes with Vicki and Easton. He was truly an extraordinary man.
Mike was a 1973 graduate of Anderson High School and a member of Madison Park Church of God for almost 20 years.
He was employed by Smithfield Foods for three years and previously at Globe Industries for 25 years.
Survivors include his wife, Vicki L. (Haskell) Holland; children and grandchildren, Monica (Lance) Hoover, of Columbia, South Carolina, with family Madison Hoover, Makenna Hoover and Mariah Hoover; Frederick Ulery, of Indianapolis with family Easton Ulery, Freddie Ulery and Annabelle Ulery; Michael (Tonya) Holland, of Noblesville, with family Emma Holland, Ethan Holland and Gabe Holland; Allison (Nate) Stout, of Anderson, with family Fischer Stout; and a brother George Holland, of Florida.
He was preceded in death by his parents; brother, Terry Holland; grandson, Zachary Auker; and in-laws, Gerald and Jackie (Lane) Haskell.
Please join the family for a celebration of Mike's life, "Coffee Time with Mike," from 3 to 6 p.m., Sunday, Dec. 1, 2019, at Forest Park Inn, 701 Cicero Road, Noblesville, IN 46060.
Memorial contributions may be made to Madison Park Church of God, 6607 Providence Dr., Anderson, IN 46013.
Arrangements entrusted to Wilson St. Pierre Funeral Service and Crematory, Lahm Chapel, Pendleton.
Online condolences available at www.wilsonstpierre.com
Published on November 16, 2019
To plant a tree in memory of Michael D. 'Mike' Holland, please visit Tribute Store.

Plant a tree in memory
of Michael

A place to share condolences and memories.
The guestbook expires on February 14, 2020.

Restore the guestbook to view the 3 more posts by family and friends, and share a memory or message of condolence of your own.