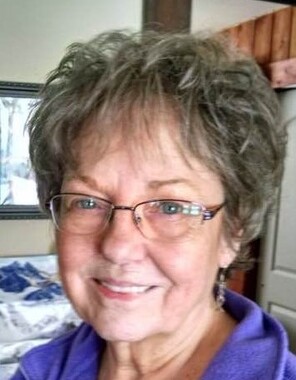 Orpha "Wendy" M. Patton, 82, Anderson, went to be with her Lord and Savior on Feb. 6, 2020, after an extended illness.
She was born on May 1, 1937, in Union County, Tennessee, to Henry and Stella (Ridenour) Flatford.
Wendy was a loving mother and grammy. She loved spending time with her family. She could make a song out of anything. She attended church at East Side House of Prayer. She retired from Brookside Group after 22 years of service. Wendy will be deeply missed by all who knew her.
He only takes the best. God saw she was getting tired and a cure was not to be. So he put his arms around her and whispered come with me. A golden heart stopped beating, hard working hands to rest. God broke our hearts to prove to us he only takes the best.
She is survived by her daughters, Pam (Jeff) Mock, Tammy (Terry) Saylor, Patty (Bob) Anderson, Brenda (Jerry) Stamm, Kim Rudicil and Angela (John) Peters; grandchildren, Kelly Taliaferro, Karry Cook, Freedom Schuyler, Joshua Davis, Brittnay Taylor, Brooklyn Rudicil, Tristan Maggart and Logan Maggart; several stepgrandchildren and great-grandchildren; brothers, Luke (Betty) Flatford, Mack (Wanda) Flatford and Carl (Kathy) Flatford; sisters-in-law, Louraine Flatford and Beulah Garrett; and several nieces and nephews.
She was preceded in death by her parents; husband, Robert Patton; grandson, Jack Pennington; brothers, Sam Flatford, Conda Flatford, Wardell Flatford and Johnnie "Tom" Flatford; sisters, Neva Sexton, Pauline Bailey and Ollie Jo Slaven.
Services will be held on Monday at 1 p.m. at Brown-Butz-Diedring Funeral Service & Crematory, 515 E. 53rd St., Anderson. Burial will be in Brookside Cemetery in Lapel.
Visitation will be on Sunday from 2 to 6 p.. at the funeral home.
Memorial contributions may be made to the East Side House of Prayer in Anderson.
You may post online condolences at www.brownbutzdiedring.com.
Published on February 7, 2020
To send flowers to the family of Orpha Mae Patton, please visit Tribute Store.

Send flowers
in memory of Orpha

Susie
She always had a smile on her face and something funny to say which would make you smile just as big! She will make dad and all the others laugh with her.❤️
View all