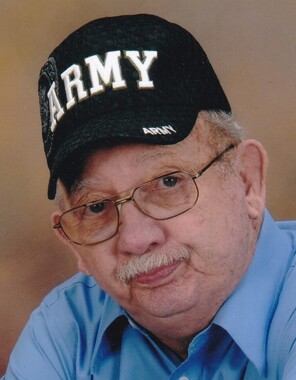 Back to Richard's story

PENDLETON [mdash] Richard W. "Dick" Kern, 78, passed away Sept. 7, 2019, at Greenfield Healthcare Center.
He was born October 1, 1940, in Pittsburgh, Pennsylvania, and was a Pendleton resident since 1974.
Dick retired from General Motors Corporation as a welder in 1996 following 30 years of service.
He was a 1959 graduate of Alexandria High School and was a U.S. Army veteran.
Dick was of the Catholic faith. He was active in model railroading and was a member of Muncie Modular Club and Anderson Train Collectors Club.
Survivors include his wife, Patricia M. "Patsy" (Hensley) Kern, whom he married October 23, 1965; children, Timothy Kern of Anderson, Cathy (John) Davis of Greenfield, Jeffrey (Gene) Kern of Greenfield and Andrew (Rosalie) Kern of Pennville; sister, Judy (William) Summitt; special grandson, Austin Stewart and several other grandchildren.
He was preceded in death by his parents; and a grandson, Matthew Stewart.
Services will be held at 7 p.m., Thursday at Wilson St. Pierre Funeral Service and Crematory, Lahm Chapel, Pendleton with Father Robert Williams officiating.
Visitation will be 3 to 7 p.m. Thursday at Lahm Chapel.
In lieu of flowers the family suggests memorial contributions to Wilson St. Pierre Funeral Service.
Online condolences available at www.wilsonstpierre.com.
Published on September 10, 2019
To plant a tree in memory of Richard W. "Dick" Kern, please visit Tribute Store.

Plant a tree in memory
of Richard

A place to share condolences and memories.
The guestbook expires on December 09, 2019.