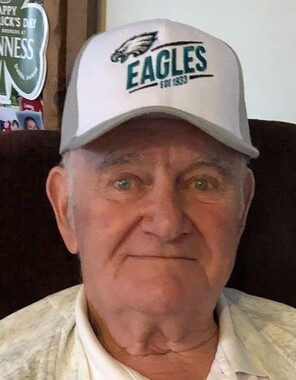 Robert C. Broschart, 84, of Pendleton, passed away Jan. 6, 2020.
He was born April 16, 1935, in Harrisburg, Pennsylvania. Robert was a member of the first graduating class of Central Bucks High School, in Doylestown, Pennsylvania, in 1953, and a member of the Catholic Church. He entered the U.S. Army, in 1954, and was honorably discharged in 1957 as a veteran of the Korean War, with the rank of sergeant.
While a resident of Pendleton since 1965, Robert volunteered as a Little League coach and briefly served as a member of the Town Board. He was also a member of the American Legion, Sertoma Club, and Telephone Pioneers of America.
An engineer for Ameritech/Indiana Bell, Robert retired in 1997, after 31 years of service.
Survivors include his three children, Robert C. (Patti) Broschart Jr., John E. (Pam) Broschart and Ann Broschart; seven grandchildren, April, John Jr., Jennifer, Jared, Kelsey, Elijah and Frances Broschart; five great- grandchildren; and several cousins.
Preceded in death by his wife of 58 years, Betty C. Broschart; parents, Eugene and Frances Broschart; sister, Kathleen; and brother, Eugene Jr..
Viewing will be held from 5 to 7 p.m., with service immediately following, on Monday, Jan. 13, 2020, at Wilson St. Pierre Service and Crematory, Lahm Chapel, 211 E. State St., Pendleton, with Monsignor Robert L. Sell III officiating and will include military honors. Cremation will follow, with burial at a later date, in Ames Chapel Cemetery, Orange County, Indiana.
Online condolences available at www.wilsonstpierre.com
Published on January 9, 2020
To plant a tree in memory of Robert C. Broschart, please visit Tribute Store.

A place to share condolences and memories.
The guestbook expires on April 08, 2020.

Debbie Bair
Tom was one of God's special angel's .He never met a stranger and never said a angrey word to anyone.He was always there to help you out with things and would always watch out for me when David was gone.Tom was always there with a warm handshake a smile on his face and a twinkle in his eye. If you ever needed anything he was always there.rest in peace my friend Debbie
View all