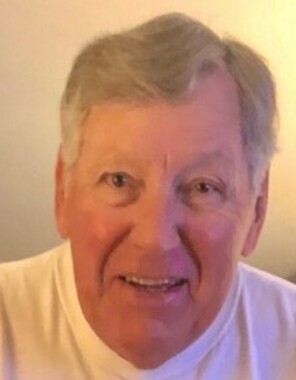 Robert Michael "Mike" Hofer, 81, passed away Wednesday, Jan. 22, 2020, in Anderson.
He was a longtime resident of Pendleton.
He was born April 2, 1938, in Elwood, to Lyndon and Katherine Emma (Murray) Hofer. Mike was a veteran of the U.S. Navy. He retired in 2007 from General Motors as a truck driver after 44 years.
He attended Pendleton Christian Church and was a member of the Fall Creek Conservation Club. Mike was known for frequently walking through his beloved Pendleton, where he enjoyed talking with folks and no animal was a stranger to him.
He is survived by his wife, Miriam E. (Wisehart) Hofer; sons, Michael C. (wife, Beth) Hofer and Christopher L. (wife, Kellie) Schnepp; grandchildren, Max, Abby, Kix, Bradley (wife, Melissa), Brent (wife, Jenni), and Brandon (wife, Samantha); great-grandchildren, Riley, Harper, Laine, and Olivia; sisters-in-law, Jane (husband, Ken) Tullis and Mary Hofer; several nieces, nephews, and cousins.
He was preceded in death by his parents; and brothers, John and Kenny Hofer.
Services will be conducted by Pastor Michael Canada at 1 p.m. Monday, Jan. 27, at Wilson St. Pierre Funeral Service & Crematory, Lahm Chapel, Pendleton. Burial will be in Grove Lawn Cemetery.
Visitation will be from 11 a.m. until the time of services at the funeral home.
In lieu of flowers, contributions may be made to the Madison County Humane Society.
Online condolences may be posted at www.wilsonstpierre.com.
Published on January 22, 2020
To send flowers to the family of Robert Michael Hofer, please visit Tribute Store.

Send flowers
in memory of Robert

A place to share condolences and memories.
The guestbook expires on April 21, 2020.