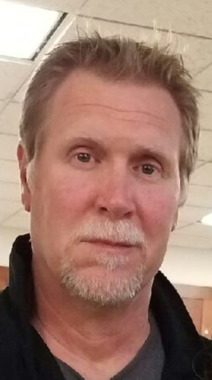 Back to Robin's story

Robin Kent Renbarger, 58, of Pendleton, passed away on March 22, 2020, at St. Vincent Anderson Hospital.
He was born Aug. 1, 1961, in Noblesville, to Judy and Ralph Renbarger. He graduated from Pendleton Heights High School in 1980 where he was very active in athletics. He then attended Ball State University and Lee McRae College in North Carolina. His last place of employment was Unique Printing in Greenfield.
His interests were wide and varied. He was gifted in many areas from woodworking to building trades, as well as many others. Rob loved to spend time with his family and the outdoors.
Rob is survived by his wife, Linda (Mathews) Renbarger of Pendleton; children, Brittney Renbarger and Matt LaChat (significant other) and grandson, Oliver Dean LaChat of Anderson; Madison Renbarger and Maddie Cougill (partner) of Pendleton; Heather Cook and granddaughters, Alexis Conner, Olivia Cook, and grandson, Zachary Cook of Anderson.
He is also survived by his mother, Judy Renbarger of Anderson; mother-in-law, Gay Mathews of Pendleton; brother, Scott Renbarger and partner, Scott James of New Mexico; brother-in-law, Jimmy Mathews of Anderson; sister-in-law, Cindy Cestone of New Jersey; sister-in-law, Ann and husband Joel Roberts of Georgia, and John and wife Machell Mathews of Anderson; his dog, Bentley; and numerous aunts, uncles, cousins, nieces and nephews.
He was preceded in death by his father, Ralph Renbarger; father-in-law, Donald Mathews; and his stepdaughter, Ashley Cook.
We would also like to thank the Pendleton Ambulance and Madison County Sheriff's Department along with Kevin Cougill for being here in our time of need.
In lieu of flowers, memorial contributions can be made to: South Madison Foundation to benefit technical education.
Due to the coronavirus pandemic, there will be private family services held at Loose Funeral Homes & Crematory.
The family will hold a public celebration of life at a later date at Loose Funeral Homes & Crematory.
www.loosecares.com
Published on March 24, 2020
To plant a tree in memory of Robin Kent Renbarger, please visit Tribute Store.

Plant a tree in memory
of Robin

A place to share condolences and memories.
The guestbook expires on June 22, 2020.

Sandi and Dick Butler
Dear Judy, Linda and family,
Each one of you are in our prayers as you go through this time of loss. Let the good memories over shadow your loss. Know You all are special to the Pendleton community, it is our hope you know you are loved. His love for each of you will bring love and comfort to your spirit. God Bless,
Judy Crist
So very sorry for your loss. May the Lord be with you and your family
Childress family
You have our deepest sympathies and are in our thoughts and prayers at this time
Amy and Max Burton
Judy and Linda and families, so sorry for your loss. your in our prayers. So sorry for times you are all going through this.
Bob Post
Dear Judy
As always you and your loved ones are in Safron and my thoughts.
Peace and Love
Bob and Safron.
Tracy Jackson Mellott
So sorry to hear about Rob! Praying for Robs family and friends🙏🙏🙏🙏🙏❤
Ann Reighard
Judy and family. So sorry to hear of the passing of Rob. He was such a cute little one in second grade. I know your grieve is great. We are not suppose to bury our children. Please know my prayers and loving thoughts are with you at this time.
Nikki
Linda, Jerry and I are saddened to hear of Robs passing. Condolences to you and your girls. We are keeping you in our prayers.
Rita Poore Geesaman
Praying for you and your whole family.
K Lee Shell Mesnard
Prayers are with the family! So sorry for your loss Miss Judy
Robin Stanley Wright
My sincerest condolences Mrs Renbarger. My memories of Rob are fond and equally of you. God comfort you and your family at this time.
View all 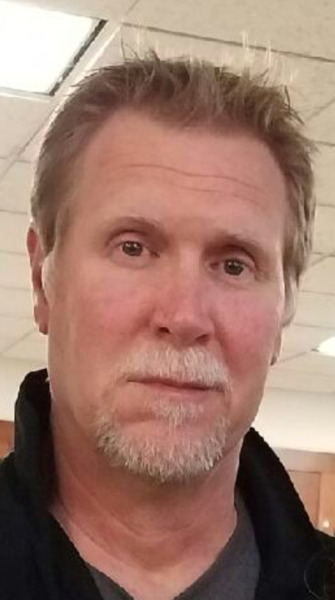